Back in 1992 Anthony Russell found this heavenly spot on the Galana River, deep in Tsavo East, a park of over 11,000 square kilometers of pure wilderness. Anthony Russell was the first person to win a Kenya Wildlife Service long-term lease in Tsavo East. Anthony coined Galdessa the name, which is in the local Waliangulu dialect the tribal name for Baboon as there were many baboons in this location of Tsavo East back in 1992. Before construction commenced we had to clear the area of them after which, and Anthony named it in their honor.

Galdessa is set on a large bend in the river deep in Tsavo East which gives it constant breeze, the tentage is set under a clustered of doum palm trees. The original designs on my first house have been incorporated into the overall design of Galdessa. Today it is just the same, set in time and great wild life: elephants, lion and huge herds of buffalo, leopard and cheetah. Today Galdessa’s management, services and food are first class. In 1993 we reintroduced black rhino to this area of Tsavo East with KWS. The project started with four rhino from Nairobi National Park. KWS planned an ambitious free release system and over the next six years we ended up with sixty-four black rhino successfully released. Today they can also be spotted in the vicinity of Galdessa. Tsavo East remains a great wilderness and Galdessa a gem in this milestone. 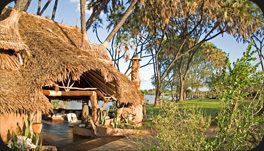 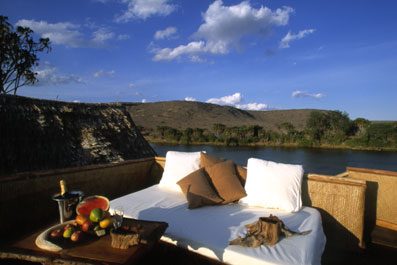 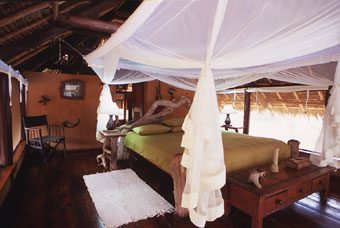